MainAbout AquadarHoney wrap – who is shown how it is carried out and what are the pitfalls of the procedure
17 December, 2021

One of the universal means in cooking, medicine and cosmetology is honey. A special cosmetic effect can be obtained by using the substance in body wraps. The procedure itself is used to obtain tightened skin, eliminate cellulite and much more. The naturalness of the procedure, a large amount of vitamins in honey, mineral components and a special form allow you to get a lot of pleasure and a visible effect after just a few sessions.

Why should you use honey?

One of the most effective is honey wrapping. The special form of the substance allows it to be almost completely absorbed into the skin, for maximum effect. Honey under the film stimulates metabolic processes, enhances blood circulation and oxygen delivery to the muscles. As a result, the processes of regeneration of damaged areas, including those on the surface, are enhanced, the skin is renewed, and even harmful bacteria are eliminated.

A course of honey wraps is often included in a whole range of measures to improve the functioning of the nervous system, cleanse the body of congestion and lose weight. This approach is universal and suitable not only for the female, but also for the male body.

To get a greater effect, they can be mixed with honey:

If some substance is used to give a cosmetic effect, together with honey, its effect only intensifies. At the same time, the type of honey itself does not matter, the main thing is that it be in a liquid state. 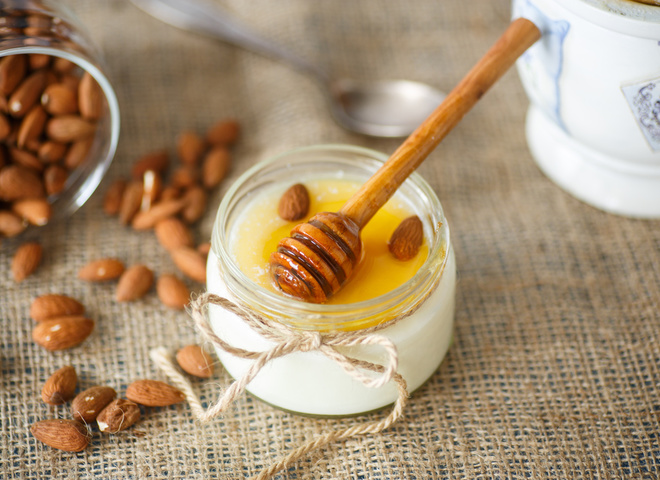 The subtleties of the procedure

The substance effectively acts on the skin, heating it evenly, so there is no need to use blankets during the wrapping process. Their use is even dangerous, since with forced external heating, the positive effect decreases, the honey passes into a crystalline form, and absorbency decreases.

At the same time, do not forget about some of the subtleties of preparing for the procedure, for example, thorough cleaning of the skin with a scrub. It is not necessary to remove hair, only if desired. If necessary, you can also take a bath with oils or visit the sauna.

The honey itself is applied in a warm, heated form, its temperature should fluctuate within 25 degrees, if it is necessary to mix it with other ingredients, this is done by heating the honey so that they mix evenly. The finished mixture is applied to the prepared skin with a thin layer, and on top of the film or plastic sheet. After that, it is better to take a horizontal position so as not to interfere with absorbency, and after removing the film after half an hour, you can have a light massage. This will improve the quality of the process. The remaining honey is washed off with warm water. There is no need to apply any creams or lotions afterward. It is enough to cover yourself with a blanket or a light blanket and lie down. Therefore, some cosmetologists recommend performing the procedure before going to bed, for maximum effect.

The procedure is recommended for those who are faced with:

Even considering the maximum benefit from the substance itself, in some cases, honey wrapping can become dangerous. For example, when:

It is also worth refusing to wrap during pregnancy, breastfeeding or menstruation.

But even in this case, you can achieve many positive effects. Regular honey wrapping contributes to a qualitative improvement in appearance and even general well-being. Not only the number of diseases is reduced, but also immunity is increased. You get many benefits in just a few treatments.


Join Us on Our Social Networks